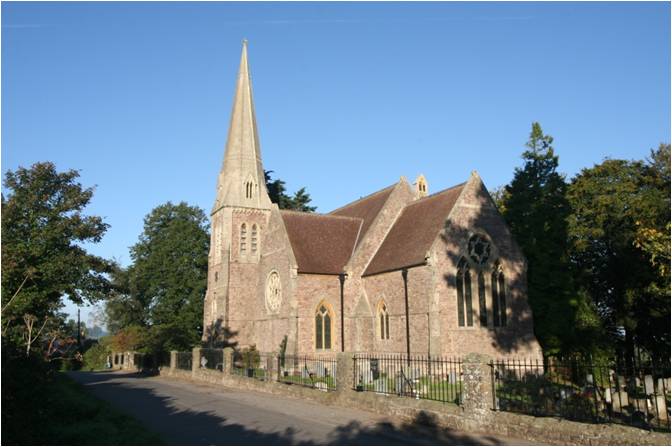 This was built in 1887 by Richard Vaughan, a former Rector.  When the idea of building a church was conceived, it was at the time when a new road from Bristol to Clevedon was being planned.  The church was built where it was thought the road would pass, however, when it was built the road by-passed Lower Failand so the traffic and new houses did not come near the church.  The church is therefore some distance from the main part of Failand village.

At the west end, is the font and Great Window of stained or tinted glass. The organ, situated in the North transept was built by J Squires, a reputable firm of that day, in 1844 and was originally in the private chapel at Tyntesfield.  It was donated to the church when it was built in 1887.  It is still considered a fine instrument.

The choir stalls are situated below the chancel, west of the stone screen, an unusual feature for a church. The choir vestry is on the north of the chancel. 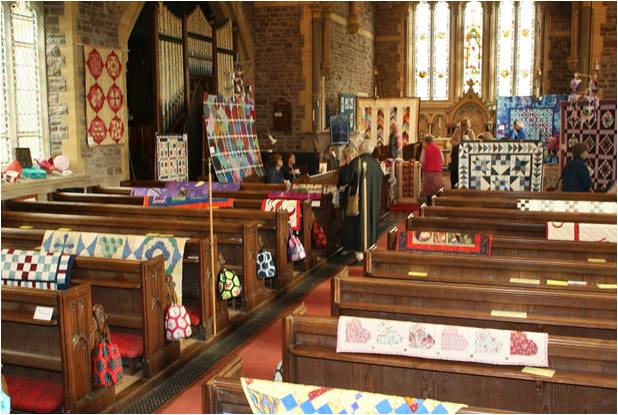 The pulpit is built of stone and marble with two brass candlesticks either side of the pulpit "fall". The lectern is of carved oak depicting an angel with spread wings.  The nave pews and the choir stalls are made of oak.

The Pilgrim Chapel, in the South transept, provides a suitable setting for a fine tapestry depicting Chaucer's Canterbury Tales. The tapestry was designed and embroidered by Mr Edwin Hayes of Capel Curig, Snowdonia. It took nine years to make and contains sixty animals, including a mouse! 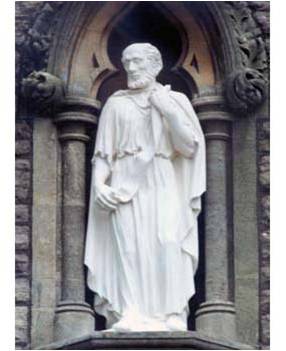 A stone broach spire rises over the South porch crowning the tower. The total height is 120 feet. The clock is more than 100 years old and has a movement built by Dent who also designed and made the movement for Big Ben.

When Richard Vaughan built the church he left a niche just above the entrance. This was intended for a statue of St Bartholomew. One hundred years later, a small number of private donations enabled his original intention to be fulfilled.